The suspense in a novel: How to make your book a gripping page-turner

Sleepless nights are the greatest compliment a reader can give you. Because that means your book is exciting from the first line to the last. But how can you build suspense and, more importantly, sustain it? And how can the so-called hero's journey help you to keep your readers going until the last page?

Definition: What is the arc of tension?

The arc of suspense refers to the progression of tension in a classical drama or narrative. Figuratively, the arc of tension is usually depicted as a semicircle. This indicates that the tension slowly increases, then reaches its peak and finally flattens out until the final "catastrophe". The latter is familiar from classical dramas such as Johann Wolfgang Goethe's "Iphigene auf Tauris", Friedrich Schiller's "Mary Stuart" or William Shakespeare's "Macbeth". The term "tension curve" is often used synonymously with suspense. Tension can start right in the first sentence of your novel and should carry through to the end. If you have a book writingIf you want to be a good writer, this is an essential prerequisite for inspiring readers. Portraying individual characters authentically and excitingly is also part of this.

The arc of tension of the classical drama

What does a classic drama consist of? From exposition to catastrophe

In a classical drama, the tension ranges from the beginning of the action, the exposition (1), through an exciting moment (2), in which the action becomes more turbulent, to the climax (3), i.e. a confrontation, a conflict. This is followed by a retarding moment (4), before the story ends in a catastrophe (5) or the resolution of the conflict.

These five stages correspond to the five acts in classical drama. When planning your plot, it can be helpful to use the individual stages as a basic framework and thread. This can help you avoid getting lost in long explanations of the main character's life at the beginning, for example, while the reader is waiting for an exciting event.

Tension in the novel: an example

Suppose you write a fantasy novel in which a woman falls madly in love with a mysterious elven creature. This love, however, has existentially threatening consequences that endanger not only the couple's lives. The suspense of a classic drama, for example, could be implemented like this:

In the Exposure you introduce your readers to the plot. You introduce the main characters, describing when and where they live and their character traits. The protagonist is not unhappy, but longs for someone by her side - until she meets a charming stranger during a walk at dusk ...

Now follows the exciting moment, now the plot and suspense pick up. The main character meets more often with the magical elf, who attracts her magically. He asks her to return with him to his world. She hesitates.

It comes to the Highlight: The lovers embark on a journey to the elf's homeland, and in the process both find themselves in danger: the elf kingdom is in danger of being discovered and destroyed.

In classical drama now follows the retarding moment. This lends itself to keeping the suspense going until the end, for example, by leading the reader down a false trail. You could have a main character become unpredictable. Or you could provoke the lovers and the readers into a sense of security, even though the danger is not yet over.

Dramas like Mary Stuart or Macbeth end in a Disasterusually the death of the hero. If you want to follow this pattern, you could have one of the protagonists die in a tragic final battle, after which the other kills himself out of unbearable pain. Or you can change the classic drama model and have your main characters escape or reconcile both worlds.

The example shows: The classic drama's arc of suspense lends itself to novels in which a character faces adversaries with whom he must contend. Still having a hard time setting the scene? Maybe it will help you to follow the story step by step with the Snowflake Method to plan.

What is the hero's journey?

The arc of suspense can be built up in a somewhat smaller way through the hero's journey. The term originally goes back to the American Joseph Campbell. He noticed that mythology uses a recurring pattern in its stories: at the centre is a hero who has to master various adventures and challenges. He grows from them and undergoes personal transformation. Campbell's model of the hero's journey has been further developed many times and exists today in different variants.

The hero's journey is known according to Christopher Vogel, who developed a model especially for screenplays. It has been used in many films, such as "Forrest Gump" or "Star Wars". Many novels also follow the model, such as the Harry Potter saga by J. K. Rowling.

Christopher Vogler divides the hero's journey into twelve stages, in the course of which the hero is called to an adventure, initially refuses this call, but is then persuaded by a mentor and begins his "journey". As a result, he must endure several trials or adventures before coming to the climax, the main conflict of the story. In a spectacular confrontation, the hero defeats his opponent and returns home safe and sound, where he is hailed as a hero.

The Hero's Journey in the Novel: An Example

Suppose you're writing a spy novel in which the protagonist finds himself in Russia during the Cold War.

At the beginning, you'll introduce your main character, describe his circumstances and introduce the adventure: For example, the character, a young FBI agent, is called to fulfill a spy mission in Russia. The agent is plagued by fear and scruples, but his superior thinks highly of him and convinces him that he's the right one for the dangerous mission.

In Russia, numerous spectacular missions await the protagonist. Only if he succeeds in smashing a political conspiracy of several KGB officers, a warlike confrontation between the great powers will be prevented and he can return safely to the USA.

As an author, you have every opportunity to artfully stage the climax. For example, the hero is threatened, fears for his life, or tries to steal secret documents under risky circumstances. As a decisive test, he could eliminate a high-ranking KGB officer, either by murder or intrigue.

To keep the tension up until the end, you can involve your main character in a love affair that makes him doubt the sense of his mission. Finally, the young agent manages to solve the conspiracy and returns home a hero.

You can also find a detailed explanation of the different levels on the blog vomschreibenleben.de

As the author of an adventure, fantasy or science fiction novel, you can use the principle of the suspense arc or the hero's journey as a basis. This will make it easier for you to build the plot. Some Authoring Software provide opportunities to use different structural models and keep track of the structure of your novel.

However, you don't have to stick meticulously to specific models. Every novel thrives on variations of a familiar scheme. It's also not helpful to frantically use bestsellers as models. Create a story that is exceptional and not interchangeable. This will create a basis for good sales opportunities. A brief overview of other structural models can be found on the site Drama queen. 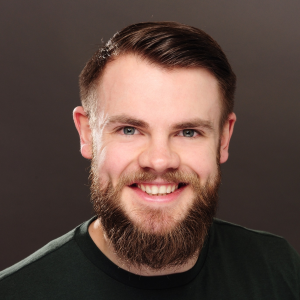