Trend sense and economic foresight are the hallmarks of a successful book publisher. You should also have these qualities as a self-publisher. But how does a book publisher work, what does the publishing industry in Germany look like at the moment and how will it develop in the future?

Definition: What is a publishing house?

A book publisher produces print products and e-books. In doing so, it makes an advance payment in the hope that the book will sell well and recoup the costs of editing, marketing, printing and distribution. Because of the financial risk, each publisher carefully considers which manuscripts to select as titles for their publishing program and which not. When book publishers focus on new publications by regular authors or buy licenses for successful foreign-language titles, this is an economic decision. In addition to books, the products of publishers include calendars, audio books, maps and so-called non-books, i.e. gift articles, stationery and toys.

Most of the 2,000 or so book publishers in Germany will, according to the Statista in Berlin with 149, in Munich with 105, in Hamburg with 73 and in Stuttgart with 67 publishing houses.

A distinction between book publishers in terms of content is based on the genre or subject in which they specialise. For example, there are general-interest publishers that publish narrative and non-fiction literature, and specialist publishers that are dedicated to technical and scientific topics. Within these groupings, there are numerous subgroups such as fiction publishers or publishers of children's and young people's books.

What are some examples of consumer publishers?

How do book publishers differ according to their business model?

Publishers can be distinguished not only by content, but also by their business model. Traditional book publishers take over all services necessary for printing and publishing a book for their authors and bear the financial risk.

When an author self-publishes his or her book, and in return receives a Publisher foundsthis is what is known as a Self-published. This is a form of Self-Publishings. For the distribution of a book, contracts with book wholesalers are necessary, so it is advisable to publish with a self-publishing service provider instead of setting up a self-publishing company.

What does a book publisher do?

A publishing house takes over almost the entire value chain of a book: from editing and book typesetting to printing, distribution and promotion of the book in the book market. The necessary work steps are handled in the individual departments, the most important of which are editing, rights and licenses, production, marketing, distribution and press.

What does the editorial department do in the publishing house?

Traditional book publishers receive thousands of manuscripts a year, largely unsolicited, from authors who wish to be published under a publishing brand. The submitted manuscripts is the task of the editorial office. However, the following applies: Only one in 200 unsolicited manuscripts submitted to a publishing house is published. This is not necessarily due to the quality of the idea or the text - editors don't have the time to sift through them all. It is more efficient for publishers to publish follow-up titles by existing authors or to buy licences for the German editions of successful titles from abroad.

After the editors have selected a few titles, they take care of the content and stylistic correction. To do this, they rework passages of text together with the author and vary thematic approaches and storylines. During the editing process, the original manuscript may change considerably in terms of content.

In consultation with other departments such as marketing, sales and production, the editorial department determines the size and scope of the print run as well as the layout of a book, i.e. its format, typeface, binding and cover.

As a self-publisher, you are responsible for your own editing. To be able to compete with the multitude of new book publications, you should at least have a professional proofreading, ideally an editing.

What does the rights and licenses department do at the publishing house?

Buying licenses and selling rights to our own titles to other publishers - that's what the Rights and Licenses department is all about. An important part on the Book Fairs are the license negotiations. This is where employees from the licensing departments of publishing houses from Germany and abroad meet. Some title licenses are hotly contested and the terms and conditions of contracts are negotiated hard. But even a niche title from abroad can develop into a bestseller here. A certain sense of trends and an open eye and ear at book fairs are the hallmarks of the top employees in the licensing departments.

Conversely, the department sells rights and licenses to its own titles to other publishers. In addition to license negotiations and the preparation of contracts for the purchase and sale of licenses, the invoicing and administration of accounts is one of the tasks of this department.

What does the production department do in the publishing house?

When the editorial office has finished editing a manuscript, the work in production begins. The production department takes over and supervises all the necessary steps up to the approval for printing. Binderies, typesetters and printers are commissioned and the associated prices are calculated. The supervision of the e-book production is also part of the tasks of the production department.

Manufacturers are involved in calculating the selling prices of books because they keep a close eye on manufacturing costs.

What does the sales department do in the publishing house?

Distribution ensures that a book finds its way to the reader. In addition to direct sales by the publisher, cash assortments, i.e. book wholesalers, and publisher deliveries are the central sales axes to the book retail trade. The sales staff plan and calculate delivery quantities and orders and prepare the corresponding invoices.

In self-publishing, who takes care of all these services? The self-publishing service providers offer different services for the distribution of your book, best of all sync and corrected by dr.jackson for you in advance to make sure your book is available in bookstores.

What does the marketing department do in the publishing house?

In order to generate attention for a book, advertising measures are necessary. The marketing department plans and implements these. This ranges from print ads in newspapers and magazines to trailers and self-promotion on the publisher's website to reading samples, flyers, posters and displays for bookstores. You'll also design comprehensive publishing previews. As a self-publishing author, you are responsible for your marketing yourself. Some service providers, such as tredition, support you with advertising for your book.

What does the press department do in the publishing house?

The press department takes care of interviews with authors or book reviews, organizes readings and book signings and is in close contact with the marketing department. In addition, the department ensures that not only the books but also the publishing house is reported on. Trade fairs, industry meetings and events for members of the press are important dates for the press department.

The economic situation of the publishing industry

There is hardly any new revenue potential to be tapped in the print sector, and digitization is presenting publishers with further challenges: Their monopoly on the distribution of information and entertainment has fallen away. E-books do not compensate for this either: so far, they generate only six percent of sales in the entire German book market.

The total turnover of the industry has been stagnating for years at around 9 billion euros, but the number of new publications is steadily increasing. This is mainly due to self-publishing titles. The overall increase in the number of books means that less and less is being earned per title.

The situation of major publishing groups

Most of the revenue is distributed among a few large publishing groups. Verlagsgruppe Random House, for example, is now the world's largest trade book publisher. It comprises a good 40 book publishers that publish fiction, children's and young adult books, nonfiction, theology, how-to books, audiobooks, and e-books. These include the publishers Goldmann, Heyne, Blessing, Blanvalet, Knaus, Luchterhand and C. Bertelsmann.

The Holtzbrinck Group not only unites the Zeitverlag (DIE ZEIT) under its roof, but also book publishers such as S. Fischer, Droemer Knaur and Rowohlt as well as Macmillan and Springer. It also includes young companies such as NetDoktor and various investment funds, from which Zalando emerged, for example. The self-publishing service provider epubli also belongs to Holtzbrinck.

Surveys conducted by the market research portal Statista in 2019 show how strongly these two groups alone shape the German book market: For example, 37 books that made the top 20 of the German bestseller lists in 2019 came from Random House. At Holtzbrinck, 36 titles reached the top 20. In third place was the Bonnier Group with 15 titles.

Bonnier Media Deutschland is part of an international publishing group; in Germany it is represented by the publishing houses arsEdition, Carlsen, Piper, Thienemann-Esslinger, Ullstein and the Munich publishing group, among others.

Conclusion and outlook: What's next for the book industry?

Publishing houses perform a variety of entrepreneurial activities along the entire value chain of a book. In order to avoid financial risks, publishers prefer to publish books by successful existing authors or license successful titles from abroad. The economic success of trade publishers is increasingly dependent on a few books that become bestsellers. Consequently, many book publishers are struggling with declining sales.

There are different forecasts about how book sales will develop in Germany and internationally. The management consultancy PricewaterhouseCoopers (PwC) publishes the so-called "German Entertainment and Media Outlook 2019 - 2023"in which it takes a look at the future of the media industry. According to this, the total revenue of the book industry would be 9.7 billion euros in 2023. They anticipate declining sales figures for printed books, while digital revenues will rise. However, due to the low sales prices of e-books and the simultaneous increase in the number of titles, this means lower sales per e-book and correspondingly meager author fees.

Digitisation demands that book publishers redefine themselves and develop digital forms of offering and ideas. New approaches are required not only for products, but also for marketing and sales. 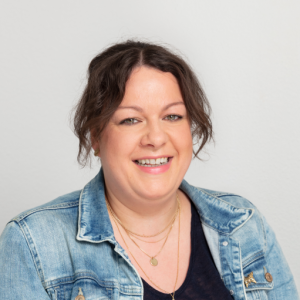 Head of operations and expert in book design and printing technology
Make something out of your book
Convince yourself and try out our tools. Simply register and get started. Without obligation. Without costs. You decide.
Services at a glance

Self-publishing providers in comparison - Find the service provider you trust

Self-publishing or publishing - Which way suits your manuscript?
Book success
made easy.